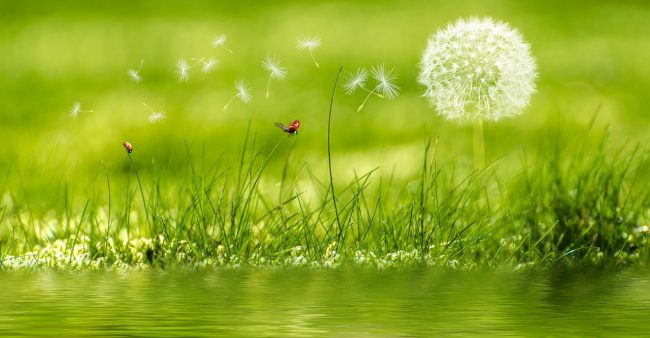 Why “Valuing” Yourself Results in Anxiety, Depression and Dependence

You cannot be valued. The act of trying to build “self-esteem” is an inherently unstable and self-negating act. Telling yourself you are important, lovable or worthy of esteem is really a backhanded way of saying that you are unsure of whether or not you are important, lovable or worthy of esteem. Why are you seeking for others (or yourself) to validate, what you say you already have? Trying to assert your value is a pretty good demonstration of the fact that it is open to debate.

Logic consistently demonstrates that not only is your worth unquantifiable but any attempt to quantify your worth implies that it can change depending on opinions, on shifting circumstances, on finite, transitory realities. A valuation built of external “objective” criteria is dependent on external criteria. You notice the root word “object” in objective? Women are often valued depending on how sexually attractive men find them – i.e. they are objectified. Ask any woman how dehumanizing and demeaning this is. A police officer who only feels worthwhile because he or she successfully maintains a high arrest record will feel terrible when their record suffers and feel anxious when it does not because they have to struggle to maintain control over an external reality in order to avoid a feeling of a loss of value. Feeling that your worth is dependent means you must now compulsively control the state or situation upon which your worth depends. This is inherently depressing, anxiety inspiring and devaluing.

You can attempt to apply “objective” definitions of value to conscious beings in any context you want, and it always results in very unethical, immoral, dehumanizing conclusions. To say Jack Nicholson is more important than mother Theresa, you must agree to an arbitrary set of assumptions, probably something around generating income, influencing or entertaining others. Others may assert that these are not good criteria for establishing the importance of a person. To argue for Mother Theresa, you would have to agree to a set of assumptions that being of service to others, mitigating suffering, these are the objective measures by which we decide the importance or value of a human being.

Be careful here. You want to value mother Theresa based on her selfless service to others? Do we then assert the logical conclusion that a homeless woman, addicted to drugs, having no friends, has no value because we cannot objectively establish what she contributes to her fellow human beings? Does a severely mentally challenged child, needing 24-hour care then rate a negative valuation? If so, perhaps we can grind the child up to make pet food, thus establishing an objective measurable value for them to recoup their negative impact on their family and society. I hope you agree that when you play these arguments through to their conclusion, attempting to establish the “value” of conscious beings is impossible without arriving at some terribly unethical, immoral and absurd outcomes.

Rational thought indicates that conscious beings are beyond valuation. Valuation is a finite system based on arbitrary subjective perspectives, based on transitory whims, needs and circumstances. Consciousness defies any sense made of finite systems of valuation. In this way, conscious beings are literally “invaluable”. To discuss, debate or even try to establish your importance is non-sense. You are beyond systems of valuation.

At this point, many would protest that without some goal or desire for self-improvement, people would devolve into selfish society destroying behaviors. How do we square the enjoyment of contributing to self and others with the non-sense of valuing self through contributing? Does this mean changing behaviors or engaging positive intentions are inherently self-negating?

It entirely depends on your foundational belief about yourself. Perhaps you begin exercising and losing weight. If you do this for the pleasure of having a healthy body and mind, this is life affirming yet does not impose a system of valuation on the person who exercises. This honors the presence of a conscious being. This expresses the self-love of the conscious being. However, to believe that the act of exercising or losing weight actually establishes your value is to assume you are an object, subject to the whims and capriciousness of arbitrary transitory circumstance and people’s arbitrary, subjective opinion of that circumstance. This expresses the self-negating belief of that person. It is not that the behavior itself creates happiness or unhappiness, but that it expresses whether or not you are happy or unhappy with yourself in the first place. Behavior and outcomes can only confirm what we already believe about ourselves.

This argument is especially relevant in the context of mental health. The only reason someone would attempt to establish their value by attaching it to something inherently arbitrary and meaningless is because they already struggle under the delusion that they have been rendered of low value due to some toxic social message imposed on them. This is referred to by many therapists as a transactional relationship to self and others. As in, I can buy (transact) my value by increasing my achievements, or my worth as a person depends on whether or not my wife is happy with me. By extension, other people’s worth depends on what they do for me. How do you enjoy the warmth and safety of a long-term friendship when that friend has no inherent value but fluctuates in value depending on objective payoff for you? When we translate the logical argument into an actual belief system in the context of therapy, it becomes quickly apparent why it is so devaluing not only to the individual but to everyone.

As a therapist, I will not engage the conversation of valuation at all. If someone is discussing themselves in these terms, I know they are already convinced that they are of low value and no amount of “evidence” is going to convince them otherwise. Something based in a delusion, in a lie, cannot be argued, because it was never a valid conclusion in the first place. Being molested may have suggested the self-view that you are dirty, an object to be used for others’ pleasure, but that is a lie. You are beyond valuation. You cannot be dirtied or besmirched, your value cannot be shifted or changed by the ignorant self-destroying actions of another, who desperately sought to build his/her own self value through power and control. Someone who should have loved you unconditionally may have told you they wished they had never had you, but their ignorance, their blind desperate attempt to escape their own lie, cannot damage, cannot change your value because, you are beyond value.

Cleansing the self-esteem conversation of illusory definitions impacts far more than just the individual. The invaluable truth that heals your own suffering, frees all consciousness and conscious relationships from neurotic delusions. True love and compassion for self is the only foundation for true love and compassion for others. That homeless guy on the corner who just urinated on himself, keeps muttering “piece of shit” over and over and who has not “contributed to society” in any way for over 20 years? We cannot discuss his “value” in comparison to anyone else’s because he is beyond value. As a conscious being, he is invaluable. The spark of consciousness in an amoeba cannot be valued as less than the consciousness of a human genius, because all objective systems of value are arbitrary illusions.

Size, duration, impact, mass, speed, shininess, wealth, contributions, number of Instagram followers, nothing can measure and objectively value consciousness. Consciousness brings meaning to arbitrary objective systems, not the other way around. Those who assert the opposite are selling you something. The lie of the “objective” system of valuation has been used to control the free thinker, to own the true innovator, to drive consumers to consume, workers to work, and soldiers to war – you’d better go along with our arbitrarily determined system of valuation or you will lose your value. No gold stars for you. Someone will have an opinion about you and it will count! Delusion. Lie. Your “value” is free of the opinion of others, free of past suffering, free of future fears, free of social definitions, free of arbitrary circumstances, free of past “errors”, free of future intentions. You are invaluable, you are free – you are conscious.